The CN2 algorithm is a classification technique designed for the efficient induction of simple, comprehensible rules of form “if cond then predict class”, even in domains where noise may be present. 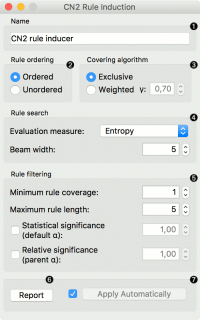 For the example below, we have used zoo dataset and passed it to CN2 Rule Induction. We can review and interpret the built model with CN2 Rule Viewer widget. 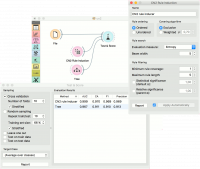